THE SWARM produces and designs digital content and services for the television, arts and culture sectors.  The company has worked with broadcasters and producers from over 20 countries on transmedia strategies and productions.

orked for 10 years in digital and creative media, working as a consultant with TV and film, fashion, music, and cultural organisations. From creative strategy to production and design, Simon has developed original and relevant digital content solutions across a host of media.

Working as Creative Director on projects with the BBC, Royal Collection Trust, National Trust, National Youth Dance Company, Nokia Music and Universal Records, his work has been reproduced and exhibited nationally and internationally. 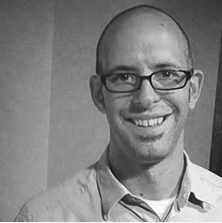 Jason DaPonte has nearly 20 years experience working at the junction where media and technology collide – and he loves it.   Before starting THE SWARM, Jason spent 3 years working in the midst of the mobile content explosion overseeing the content across the BBC’s mobile web, apps and messaging properties. Before that, he was an Executive Producer for BBC Online and a mentor/facilitator for the BBC Creative Network. He is on the advisory board for: Ravensbourne (London’s world-class college focusing on innovation in broadcasting, digital media and design), Sunday Drive (an in-car mobile content startup), Endz2Endz (a youth charity dedicated to the positive portrayal of young people in the media to encourage positive behaviours) and PodAcademy (which publishes consumer-friendly podcasts of the latest academic research).  In 2011, Jason was the Hearst Visiting Fellow at the University of Southern California, Annenberg School of Journalism. Previously, Jason was a mentor and facilitator on Crossover Labs and X Media Lab.  He has also worked in digital roles for: FOX, The Economist, Flavorpill, CitySearch, The Washington Post, U.S. News & World Report and Dealtime.com. For a full career history and recommendations, find Jason on LinkedIn or request a full CV/resume.

What is THE SWARM?

THE SWARM is Jason DaPonte's new venture that brings his experience working with top-notch mobile and digital content to serve clients and brands.

THE SWARM's services include:

Find out more about the work we can do for you.

The Swarm 2021 . Powered by WordPress